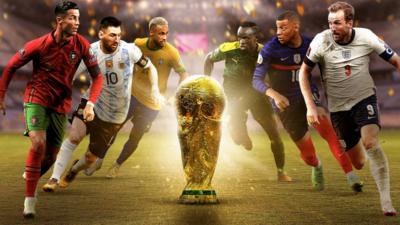 Buenos Aires. Argentina’s star forward Lionel Messi has said that he sees similarities between the current team and the team that reached the final of the 2014 World Cup in Brazil. Argentina will go in search of their third World Cup. The Football World Cup in Qatar is to start from November 20. Argentina’s first match will be on 22 November against Saudi Arabia. The other two teams of Argentina’s Group C are Mexico and Poland.

Messi told Argentinian newspaper Ole, ‘I think there is a lot of similarity between the current team and the team that reached the final of the 2014 World Cup. This is a team that plays with the same seriousness and determination and that is the most important thing. We know that we will fight for the title, but we are not thinking that we will be champions as the Argentine fans think.

Lionel Scoloni’s team is undefeated in their last 35 matches, including last year’s Copa America final against Brazil. Argentina are two matches behind in equaling Italy’s record for the most number of times undefeated in international matches. “This is a great figure and record that we can achieve if we reach our goals,” Massey said.

Messi will play his fifth and possibly last World Cup. He said that he and his teammates have to stay away from the hype being created about his team. “As far as the pressure is concerned, we have to distance ourselves from everything that people are feeling. Although we have high hopes, but we know that this is the World Cup. It is very difficult and everything is important in it.